Pennies to Riches: A little change in the classroom goes a long way 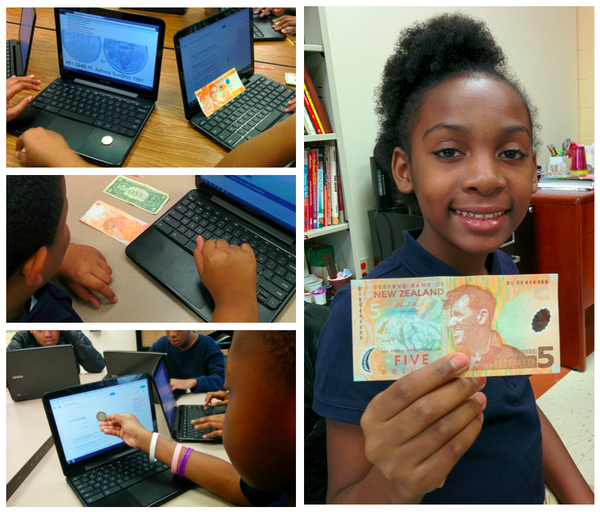 I'm fortunate that as part of my job I am able to travel to various countries, learning and sharing about educational innovations. Over time I've amassed a piggy bank of change and small bills in various currencies. While I used to do my best to end each trip on a perfect zero balance of foreign money, recently I had another idea.

On my last trip to New Zealand, I took my younger sister along for the ride. She marveled at the images on the coins, inspired by Maori carvings. She loved how the bills had clear windows in the paper and were much more colorful than our less flashy green and gray American cash. I realized that I had forgotten to stop and wonder at the history, significance and culture that came into currency making and choices for the size, shape and symbols on money.

So, I decided to take a cue from my sister and bring the change into school for my students to explore. I gave each kid one piece and asked them to tell me everything they could about it. I laid out a few American bills and coins for reference and let them have at it. I didn't give any guidance, tell them where the money was from, nor did I answer any questions. I just repeating, "Tell me everything you can about this money."

They had a ball. While it started off with some pretty funny Google searches ("coin with funny monster face on it"), soon the kids were on a roll, finding fact after fact. From finding out the composition of the paper or the type of metal the coins were forged from... to the name of the currency or the lives of the people whose faces appeared --- the students hungrily analyzed and researched these foreign objects.

This resulted in the students wondering about our own US currency. They asked "Why we don't have dollar coins?" When they learned we do, they launched into a debate as to why we don't use those instead of paper bills. They had more broad questions such as "Why is paper money always rectangular?"

From pennies I actively tried to avoid, had come this wealth of curiosity and wonder. The questions were limitless as was the learning and ideas for how to improve our current system... all thanks to a little change. 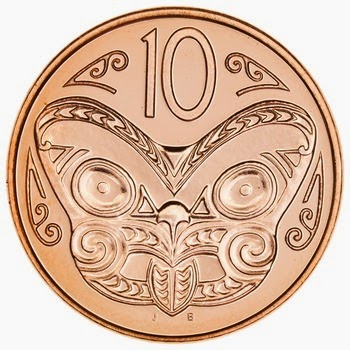 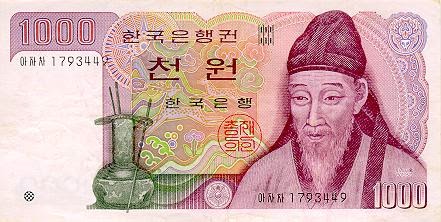