Let it (OK)Go - Inspire your students 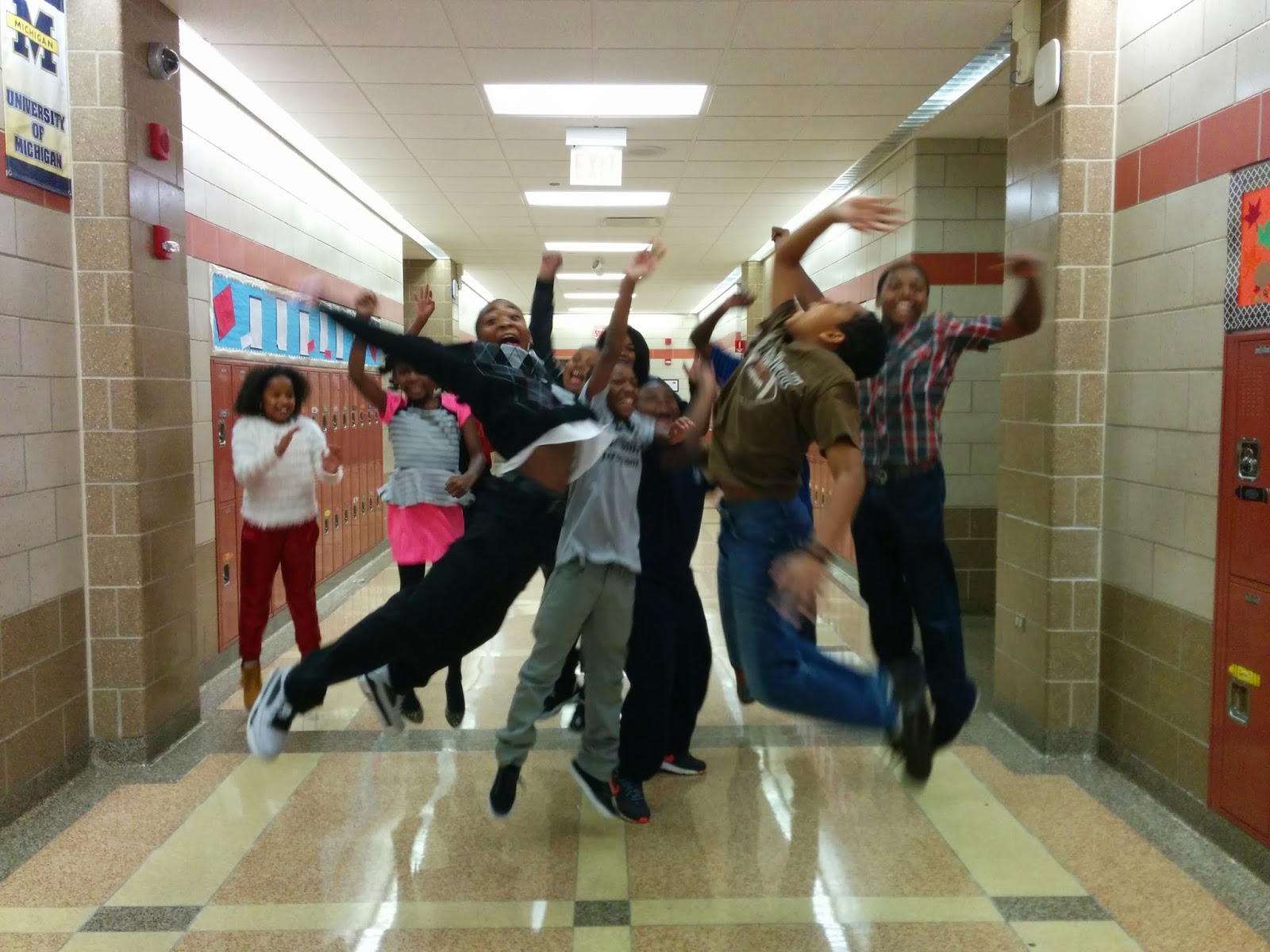 You may already be a fan of OKGo - if not, perhaps you may recall them from their iconic treadmill video from 2009. I have been a long term diehard fan of this band for many reasons .. hometown love as they're #ChiTown locals, their heartwarming start as 5th graders in camp, and most powerfully, the impact they've had on my students. In past years OKGo has become one of the most inspiring catalysts for my kids' learning. Let me tell you why.

First off, the adorable story behind how this band started... As 11 year olds, lead singer Damien Kulash and bassist Tim Norwind met at Interlochen Arts Camp. They met, fell in bro-love and kept in touch after camp, sharing mixtapes and ideas. The name of the band came from their camp art teacher, who would say to them "OK... Go!" How lovely and telling that these two children found each other in an environment where they could truly be themselves and have the space to play. As inspiring is that they chose the name of their band based on those simple two words... OK Go. Go Play. Go Explore. Go Get Messy.

Quick Meta-tangent: How often to do we as teachers simply say to our students... "OK... go!" And when we do finally release them to an activity, how free are they really to truly "Go"? What parameters have we set that may limit their "Go"? Have we set up an environment where they feel it's really "OK"?

Ah, now we're back from that metabreak, let's get into how OKGo is inspiring my students in the here and now. Back in 2009 I remember seeing that treadmill video and thinking "wow... that's pretty cool". Then, in 2012, I saw this video from a seven year old named Audri, inspired by OKGo's This Too Shall Pass video. The incredible lesson of resilience, learning from failure and engineering inspired me to have my own students create Rube Goldberg machines.

I started by showing my students the same OKGo video that whet Audri's interest in this concept, then showed them Audri's own creation. By the end of both videos, they were positively chomping at the bit to begin constructing their own masterpieces. It was a delicious mess, with students bringing in more and more "junk" to school daily to build, refine and rebuild bigger and bigger machines. Students who were normally stymied by failure were cheering one another on each time their contraptions failed, saying to one another "remember Audri did it!" or "do it like they did in OKGo!".

From there we watched OKGo's video, Needing/Getting a glorious celebration of "found sounds" to create music. Driving a car through a musical obstacle course in the middle of the desert, the band members create the percussion to back their vocals. My students immediately set to work finding rhythms in their own school day, taking notes about sounds --- coming to me after school to share ideas for moving carts down the hall to provide bass or girls playing double dutch to add the beat.

Most recently, we explored the newest release I Won't Let You Down. This video's explosion of patterns, rates and shapes inspired my students to dig into the math of music, explore marching band patterns and wonder how to build teamwork in their classmates to accomplish something similar. As we studied the video to decide on a project, one of my students commented, "I really wonder how they all got along so well. Sometimes we can't even line up for lunch - how can we get everyone in our class to team up to do this?" We spent a good 15-20 minutes seeing if we could cooperate enough to time a jumping photo - first in the hall then moving to the classroom as we realized we needed to sit down and literally think before we jumped. So while I set out hoping they'd explore the rates, timing and math of the patterns in the video, it looks like my students are digging more deeply in to the social teamwork it would take to coordinate such a collaborative effort.

After we're done seeing where "I Won't Let You Down" takes our learning, I plan to show them The Writing's on the Wall, a wonderland of optical illusions. Awesome to teach about light, reflection, refraction.

OKGo's innovative music, and music videos have not only engaged my students in my own learning goals but also pushed them to wonder and explore ideas neither they nor I had considered before. OKGo - you may entertain millions of people with your snappy beats but you're making a real difference in the lives of your students by daring to be different and thinking outside of the box. Thank you innovating... and to your Interlochen Art Teacher -- thank you for saying "OK... Go".
Posted by Jennie Magiera