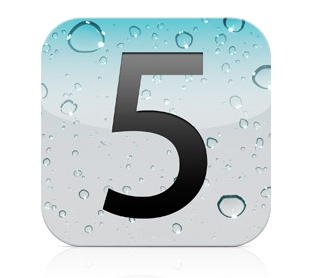 After reading this incredibly helpful guide by fellow Chicago iPadder Erik Unterschuetz, I decided to update my classroom's 32 iPads to iOS5. I already had installed Lion OSX onto my MacBook, so I figured that by using Erik's tips I'd be home free. So I smiled, took a deep breath and began the update. Over three hours later, I wasn't smiling anymore.

What took so long?
It wasn't a lack of support in Erik's guide. In fact, I'm positive that his step-by-step instructions shaved at least an hour off of the update time. So what was it?
- The restore to each iPad: I had over 10 movies to sync back to each device (thanks, flipped classroom). If you don't have that much media, it won't take as long for you.
- I had to manually re-enter credentials to the wireless network on each iPad. I don't know if this is a fun quirk of our wireless network of if this will be the case for everyone.
- I had to manually set up the new iPad's iOS (walking through a menu of prompts to enter the Apple ID, enable location services, etc.). That did take some time....
- I had to name each iPad with a unique 15-character CPS-centric naming convention. Perhaps your district won't expect this from you.
- As I was waiting on back ups, restores, downloads, etc - I tried to multi-task and do other things... and inevitably missed prompts to move on. I think if I had the patience to sit and do nothing else but update, it may have taken a little less time... perhaps a little over 2.5 hours instead of a little over 3.5.

After the update... was it worth it? Decide for yourself.

Features of iOS 5 that have been helpful in the classroom:
- 4 finger swipe multi tasking
Students can swipe with four fingers to change apps instead of double clicking to use more than one app at a time. They love this.

- Tabbed browsing in Safari
No more black box with a number in it to signify the number of windows open. Now there are tabs just like your laptop or desktop internet browser. Also very helpful when they are navigating between instructions on Edmodo and a Study Island assignment, etc.

- Increased Accessibility Features for Special Education & ESL students
There is an entire site on apple.com dedicated to this. Check it out if you haven't already!
http://www.apple.com/education/special-education/

iOS Features I've heard of but have yet to experience:
- Wireless syncing
Hypothetically I am supposed to now be able to sync the iPads wirelessly - no sync cart needed. I've yet to see this... It may be that my iPads aren't all logged in to my Apple ID yet... it took so long to sync them I gave up trying to enter it into each one manually. I'll try to do this over break and see if it works.

- Airplay wireless Mirroring
iOS5 + $99 Apple TV = wireless projection of everything you do on an iPad to a projector or TV screen. Everything. Whereas with the iPad to VGA adapter, not everything happening on your iPad screen appears in the projection (for example in PaperPort Notes, it doesn't show the annotation buttons so when I try to teach my kids what to tap to change font size, I have to use my iPevo or another doc cam), an Apple TV projects everything. I have seen this in action at the Apple office, but our school's wireless network won't play nice with the Apple TV. We're working on getting this fixed, but hopefully I can test this out soon! Imagine: A student is working on a ShowMe and I call on him to share it - with a tap of his finger his iPad is magically appearing on the projector screen. I told the students about this capability and they literally clapped.

For more info, or to see these features in action, check out this video on the Apple site.

So was the update worth it? I think so... eventually it had to happen. Some apps no longer run well on iOS4 and demand the iOS5 update. The Airplay wireless mirroring offers a myriad of opportunities... i.e., you could replace an interactive whiteboard for less than $600 (1 iPad + Apple TV).

The students also seem to notice the difference. I teach the students what I'm doing as I'm doing it. So they know that I spent all that time doing the update. They know what an iOS means and what it stands for. They know the difference between iOS4 and iOS5. I joke that my 4th and 5th graders could probably get summer jobs at the Apple Store's Genius Bar. As my kids continue to use this new operating system, I'm sure more features will come to light and I'll be happy to share them here.

Have you noticed anything amazing about this new iOS in your classroom?
Posted by Jennie Magiera