Reflecting on my iPad Grant Thus Far... A Story of Celebrating Failure 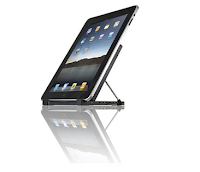 If you have been a regular reader of this blog, it is clear that this year's 1-to-1 iPad grant has revolutionized teaching and learning for myself and my students. From standardized test scores to portfolio student work and testimonials, I have buckets and buckets of "data" to demonstrate that - when integrated effectively and with the right mindset - iPads can transform a classroom into a magical, collaborative, yet still individualized learning environment.

So, the most popular question I am repeatedly asked is, "What made your iPad integration successful?" For the sake of efficiency, I thought I'd share my answer here.

The simple answer to this question is:
It wasn't successful.
Well, not at first.

This is the story I always tell folks: It is the week before the 2010-2011 school year is to begin. I'm about to go to sleep when I hear my phone's email alert go off. After checking my messages, I immediately begin to cry uncontrollably. Looking over my shoulder, Husband sees that my school has won an iPad grant. He wraps his arms around me and says, "Oh Jennie, that's so sweet... you're so happy that you're crying." I shake my head and blow my nose loudly. "No," I sob, "I'm not crying because I'm happy. I'm crying because now I actually have to do all that stuff we wrote about in the grant."

And so the year began. The iPads arrived two days before the students, marking the first time I'd ever touched one of these devices. I told myself, "Well, how hard can this be? I'm getting free technology. These little doohickeys will probably engage the kids simply by being 'cool.' I can't mess this up. No problem."

Mmm hmm... Famous last thoughts. The next two months were a hot mess. Not much progress being seen from my class. A lot more crying (me, not the kids). Poor Husband suffering the terrible wrath of Teacher-Wife gone mad. Around the end of September I knew that I needed to regroup and reevaluate. So I took a step back and did some serious reflecting.

Clearly it was time for a revolution.

I began to realize that the problem was my attitude and understanding of how the iPads should be utilized in the classroom. I saw the iPads as a supplement to my pre-existing curriculum; something I could just tack on to what I thought I was already doing well. I was spending most of my time hunting for content apps that fit what I had always done. This was simply the wrong way to look at technology. If I hoped to truly revolutionize and rebuild my classroom, I had to be willing to do some demolition work first.

I started by mentally "trashing" my understandings of how a classroom operates and what I had "always done" or "always taught." I then started over with a few Utopian goals in mind. If I could magically conjure an ideal classroom, what would I ask for? Though I could name countless desires, I settled on three main goals:

Next, I considered: can the iPads address any of these ideas? I was surprised to find that iPads not only address all three, they address them all quite well.

I then redesigned my classroom, instruction and pedagogy around my three goals with iPads as the infrastructure. I began to create interactive video mini lessons to increase both differentiation and student access to teachers. I utilized Google Forms, e-Clicker and Edmodo to not only create a faster feedback loop for assessment (allowing for same-day differentiated groupings based on exit tickets), but also allowing me to tailor assessment questions to individual students. Through technology based reflections, mood check-ins and student-teacher blogging, I was able to make each student feel more connected to the adults in my classroom, thereby increasing student trust and making each child feel more "heard" throughout the day.

Throughout this re-tooling of my iPad implementation, I also focused on the question: 'What can I do with these devices that would be impossible to do without them?' In other words, I was hoping to create new teaching methods and classroom strategies rather than replace old ones. This led to an increase in student creation. Instead of simply replacing paper math games with flashy video math games, I began to have students create their own math videos, write math blogs and conduct Challenge Based Learning math projects.

Instead of being an afterthought tacked on to my curriculum, my iPads had become the epicenter. They were out all day, every day and were being pushed to their limit so that my students could be pushed to theirs. As a result I saw ten times the growth in standardized test scores this year as compared to last year. I saw students who hated coming to school show up daily with vigor and excitement for learning. I had one young lady tell me, "[iPads] make me want to come to school everyday because I know that Ms. Magiera got a lesson just for me that day. I don't want to miss my lesson. I like it cause she's - like - talking just to me."

At the ADE institute this summer, there was much talk of celebrating failure. For me, for obvious reasons, this resonated strongly. This year has been a lesson in celebrating failure. Through my initial failure to implement the iPad integration effectively, I was granted the rich experience of reflecting, re-organizing, re-norming and re-starting.

I know my experience would not have been as fulfilling had I been successful from the start. Just as I teach my students to evaluate incorrect math strategies to better appreciate the beauty of one that works, I had to fail to truly understand why what I'm doing now works.

To be honest, I know that I still a lot of room for improvement; I'm sure I have more failure in my near future. I can't wait. :)